1.2 Determine the actual wall thickness of the tested bottle (excluding winding gas cylinders), and the test points should be no less than 12 points (the upper, middle and lower parts of the cylinder and the four directions of the circumference).

1.3 determination of the actual circumference of the upper, middle and lower parts of the barrel of the test bottle (excluding wound cylinders)

1.4 Determination of the actual volume of the test bottle.

During the test, the rate of pressure increase of the test bottle within the yield pressure range shall ensure that the rate of stress increase in the bottle wall is within the range specified in Table 1.

3.2 If the pressure of the test bottle has exceeded the cylinder yield pressure, the test bottle shall not be retested, regardless of the reason for the test stopping. A separate sample should be taken and re-tested.

1. The test cylinder under test shall be equipped with a safe and reliable isolation device.

3、It is strictly forbidden to disassemble pipes, measuring instruments, test bottles and other pressure-bearing parts or tighten the joints of pressure pipes under pressure.

The above is all about the testing requirements of the water pressure burst test of gas cylinders and the relevant safety matters that should be noted. 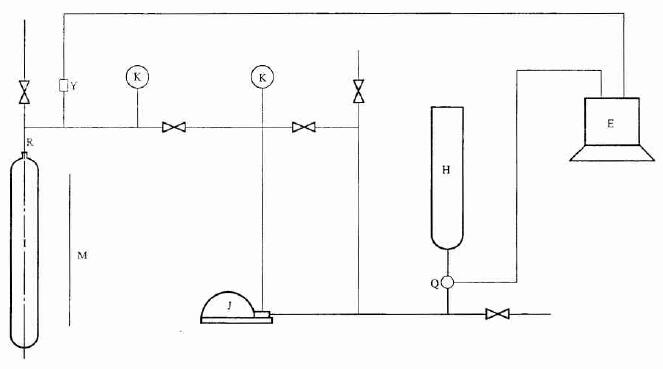 Next: How to convert an existing car into a CNG vehicle